Specialists in Design, Installation, Maintenance and Servicing of Sprinkler Systems

A fire extinguisher is a device used to extinguish or control small fires, often in emergency situations. It is not intended for use on an out-of-control fire, such as one which has reached the ceiling, endangers the user (i.e., no escape route, smoke, explosion hazard, etc.), or otherwise requires the expertise of a fire department. Typically, a fire extinguisher consists of a hand-held cylindrical pressure vessel containing an agent which can be discharged to extinguish a fire.

There are two main types of fire extinguishers: stored pressure and cartridge-operated. In stored pressure units, the expellant is stored in the same chamber as the firefighting agent itself. Depending on the agent used, different propellants are used.

The first fire extinguisher of which there is any record was patented in England in 1723 by Ambrose Godfrey, a celebrated chemist. It consisted of a cask of fire-extinguishing liquid containing a pewter chamber of gunpowder. This was connected with a system of fuses which were ignited, exploding the gunpowder and scattering the solution. This device was probably used to a limited extent, as Bradley's Weekly Messenger for November 7th, 1729, refers to its efficiency in stopping a fire in London.

All our extinguishers installed are to the latest British Standards and to the highest quality and we pride ourselves on delivering a quality product, on time and competitively. 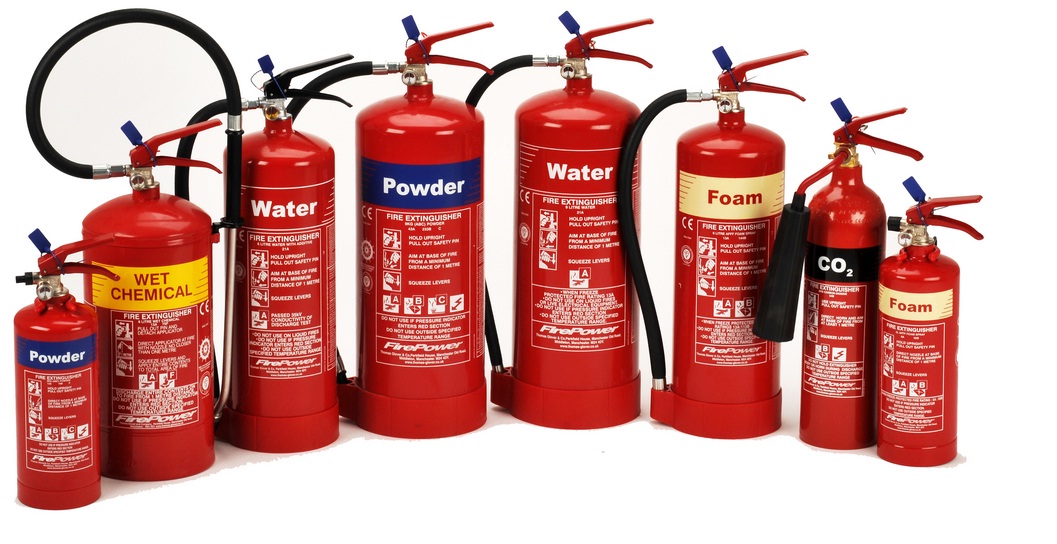